This year’s featured artist is Rusty Johnson, a Tulsa resident who has won national and international woodcarving awards. His style is an eclectic blend of subjects influenced by a range of artists, including famed sculptor Michelangelo, cartoonist Jack Davis and painter Frederic Remington.

Rusty first learned to carve while obtaining his woodcarving merit badge as a Boy Scout (in 1959), and he quickly realized that he had a talent for it, a talent that only later in life he would fully realize. With over 13 years of professional carving experience, it is easy to see why Johnson has been accepted into the International Wood Carver’s Congress and received such accolades. 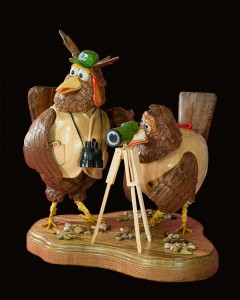 His goal as an artist in wood is to help raise the level of woodcarving from folk craft to fine craft. His work is both serious and/or humorous, professionally executed, finely carved and finished. He wants viewers to say “I wish I could do that,” and other wood artists to say “I wish I had done that.” 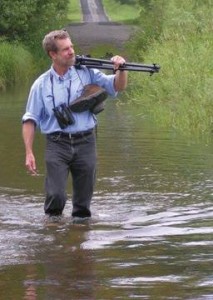 Kenn Kaufman is considered a legend among birders. In 2008, he was presented with the highest honor of the American Birding Association, the Roger Tory Peterson Award for a lifetime of achievements in promoting the cause of birding. He is field editor for Audubon magazine and a regular contributor to numerous birding magazines. A devoted conservationist, he works vigorously to promote the appreciation and protection of nature. 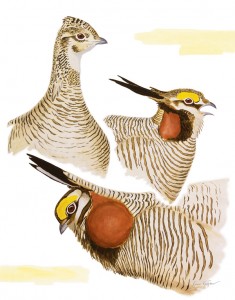 Most of his time, however, has gone into writing books, such as Kingbird Highway, Flights Against the Sunset, and Lives of North American Birds. In 2000, his first field guide, Birds of North America, was published to acclaim for its innovative technique to identifying birds and his Kaufman Field Guides series now includes volumes on birds (in English and Spanish), butterflies, mammals & insects.

He and his wife, Kim, keep busy with birds and rock music from their home base in northwestern Ohio. See www.kaufmanfieldguides.com 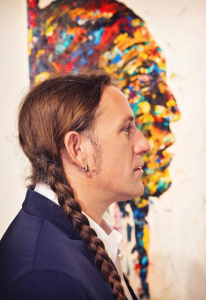 Oklahoma artist Josh Stout continues to catch the attention of collectors across the US. Pushing new ideas of composition with an explosive color pattern has been a successful combination for this thriving artist. He mixes impressionist and abstract techniques, which stop people in their tracks or make you walk from across the room. However you see it… It captivates you. exploring and experiencing life and how it affects ones outlook on the world…And ultimately how all these views are transferred through medium… art! “ 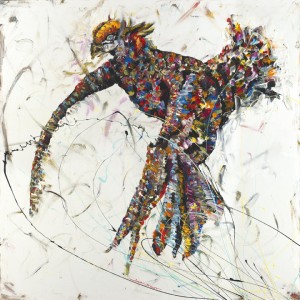 Josh’s most asked question is “What inspired you to become an artist?” His answer: ” Born an artist…. my entire life has led to being an artist… Creating …

Throw away your brushes! Josh paints exclusively with knives! “No other tool gives me the free flow of expression that I’m engaging…. Like moths to a flame, the knife continues to grasp me under its spell…. Slowly unlocking the secrets it holds! “

Learn more about Josh at www.joshstoutart.com 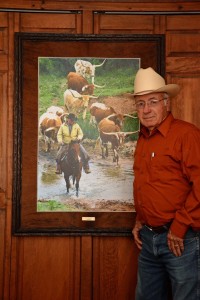 Dick Wilberforce has had a lifelong love of nature and wildlife. Born in Colorado, he has spent much of his life around animals, participating in animal husbandry events and rodeo in high school. Some of his jobs included serving 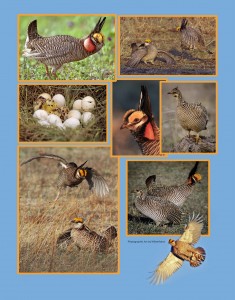 as an Army K-9 training instructor, a professional dog trainer, ranch game manager, working in the race horse industry and a consultant in areas regarding wildlife, water and management.

Through all this Dick has been busy with his camera, recording images ranging from Bobwhite Quail to African big game. His images have been featured on over 100 magazine covers, and does portraiture of cattle, race horses and sporting dogs. 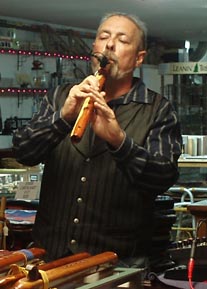 Terry Frazier has been a flute maker and wood carver for over 20 years, showing and selling his flutes and music across the nation and abroad. He has released seven recordings over the past 17 years. Terry lets the wood guide his work, and the design of his carvings. Terry still makes his flutes the traditional way by taking a solid piece and carving the inside. 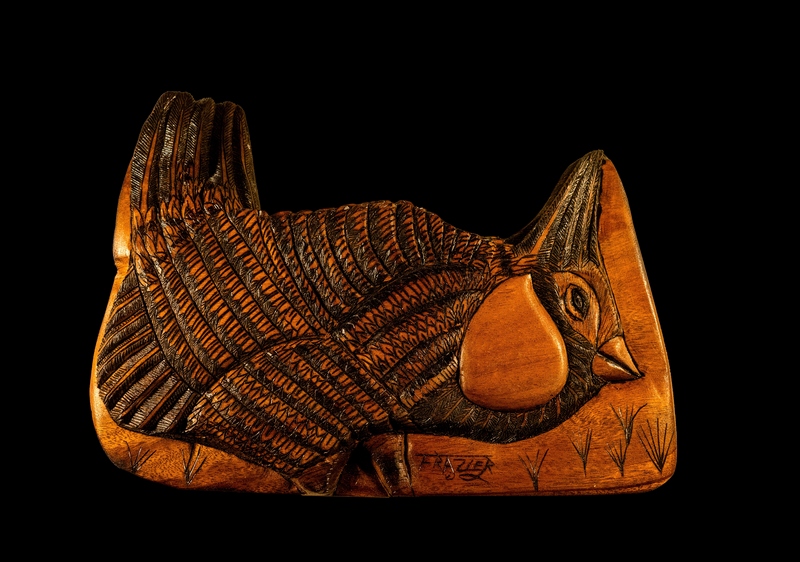 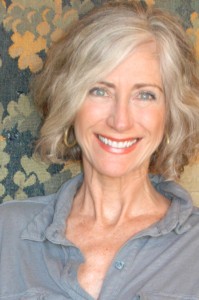 Birds and trees and water and reflections and dogs and land and all things outdoor fill Sue Key’s mind and so, her canvases.  Most of her work blends focal points of tighter edges within a looser painterly style and some of my favorites are oversized and  scratchy with the paint of a palette knife.  All are done in acrylic.  Because there is too much to capture.  And never enough time. But at least my paint dries quickly. For more on Sue, see www.suekeyart.com. 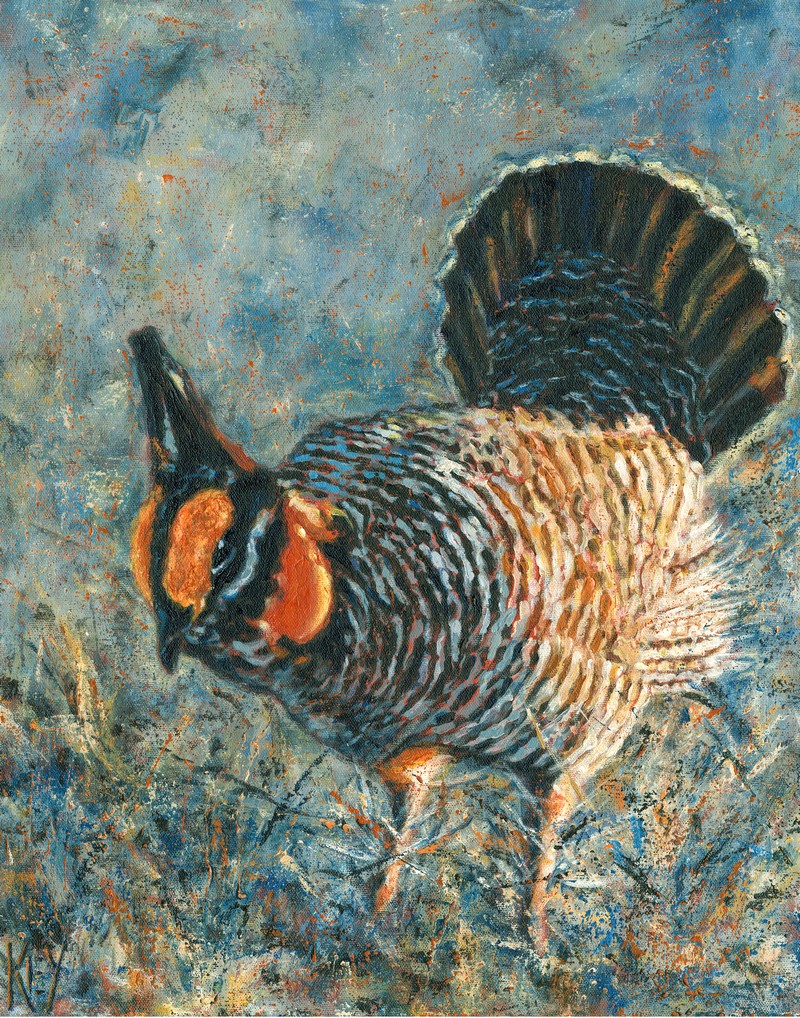 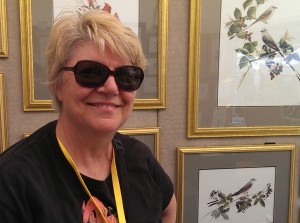 Carolyn Mejstrik, from Oklahoma City Oklahoma comes from an outdoor family and has enjoyed creating art all her life. Her watercolors of songbirds, raptors and wildlife are sought by collectors nationwide. 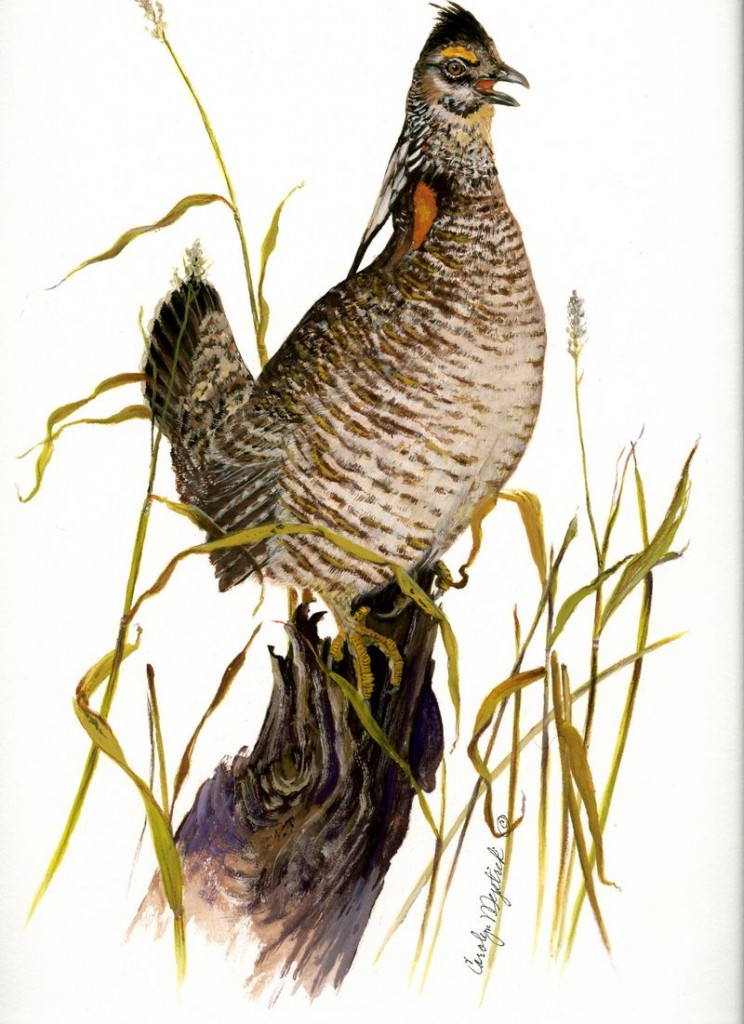 Noppadol Paothong is a staff photographer for Missouri Conservationist, one of the largest state conservation magazines. His photography skills have been recognized by receiving more than 60 regional, national awards. For the past ten years, he has been extensively documenting North American grassland grouses. To see Noppadol’s work, visit www.nopnatureimages.com 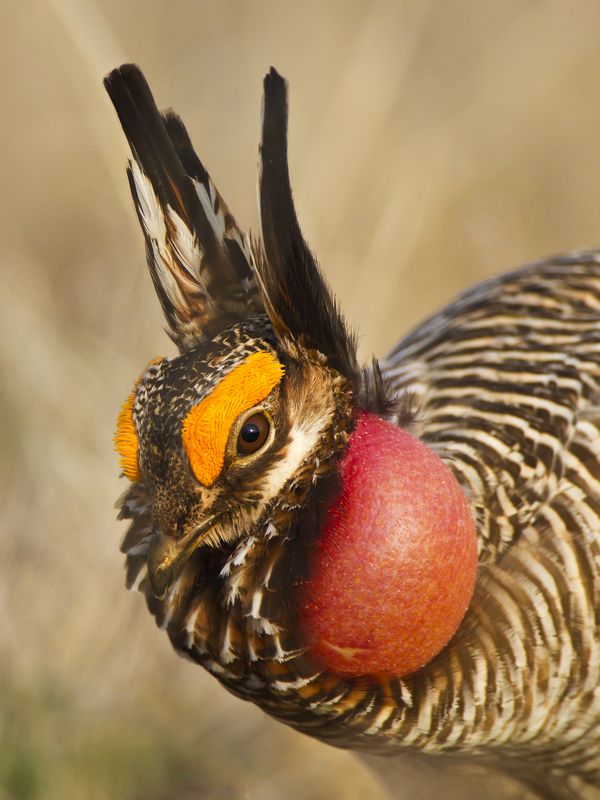 Jan Martin McGuire is known as an artist and naturalist who paints nature’s diversity. She has been a professional wildlife artist for almost 30 years. Her highly detailed and scientifically accurate portrayals of the world’s wildlife are done after much travel to wild areas photographing and sketching her subjects and their habitat. Her work has been shown and is in private, corporate and museum collections worldwide including FORBES magazine; SMITHSONIAN museum; LONDON NATURAL HISTORY museum; GILCREASE Museum; and NATIONAL GEOGRAPHIC headquarters Visit Jan’s web site at www.janmartinmcguire.com 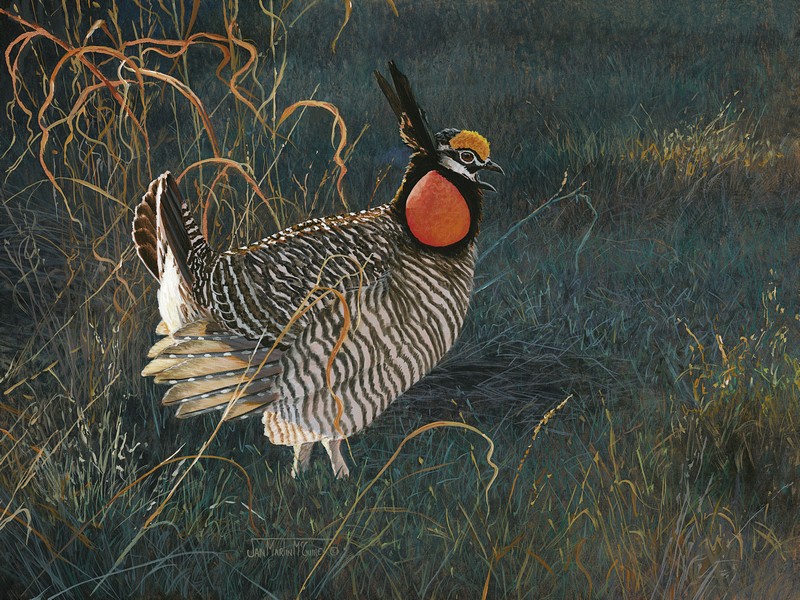 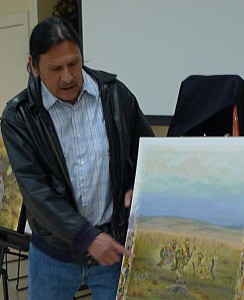 Merlin Little Thunder grew up along the North Canadian River in western Oklahoma, spending his formative years in or on the river exploring the varied rural areas across his beloved state. His images are inspired by his Cheyenne heritage and explore the mystical, enveloped by the grandeur of western Oklahoma’s rich landscapes. Merlin’s work is found In museums across the country, including the Smithsonian Institute’s Museum of the American Indian. 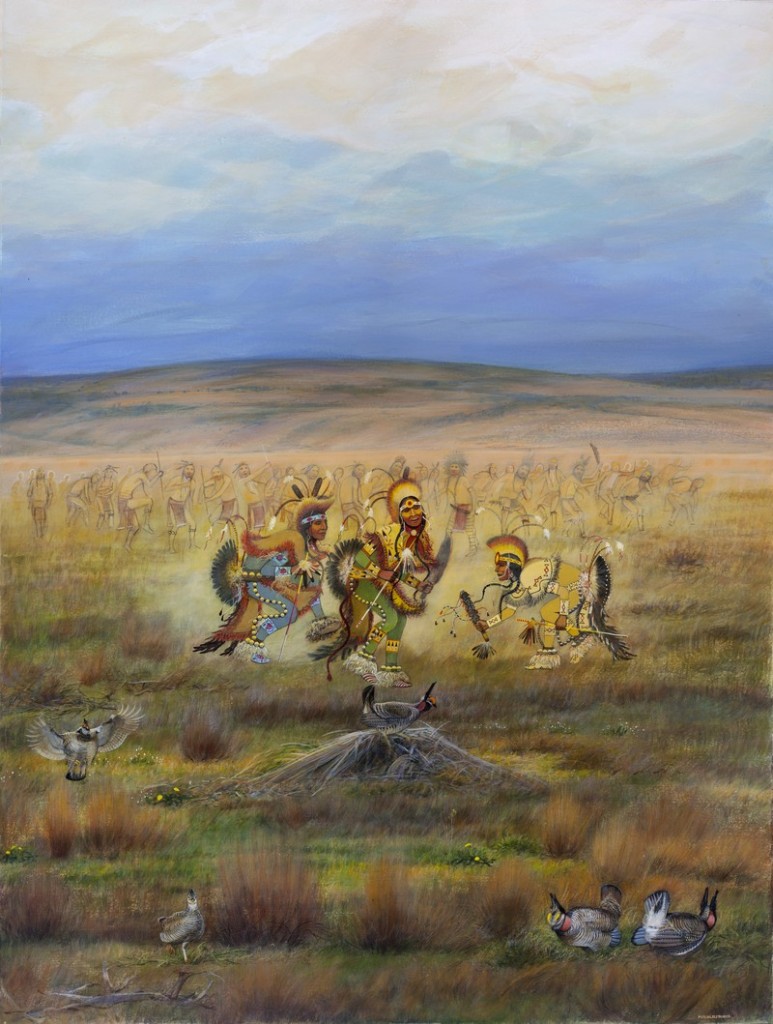 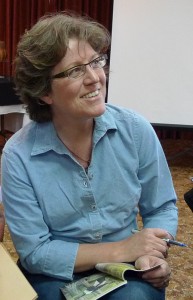 Julie Zickefoose is a widely published natural history writer and artist. Educated at Harvard University in biology and art, she worked for six years as a field biologist for The Nature Conservancy before turning to a freelance art career. Her observations on the natural history and behavior of birds stem from more than three decades of experience in the field. She has presented illustrated lectures for nature organizations and festivals across the country, and exhibited her paintings at universities, museums, galleries, and juried shows. Bird Watcher’s Digest has published more than 30 of Julie’s articles and 17 of her cover paintings since 1986. Read more about Julie at www.juliezickefoose.com. 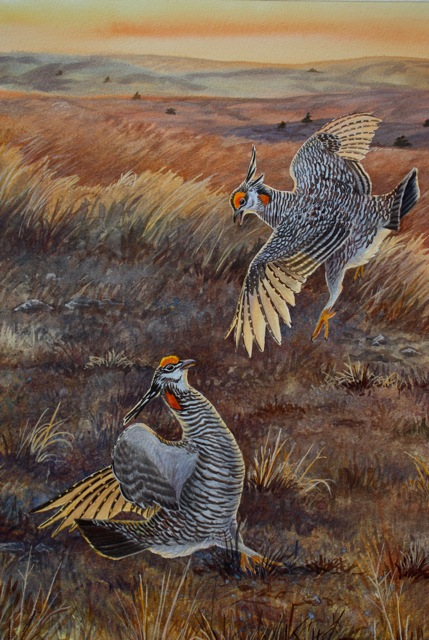 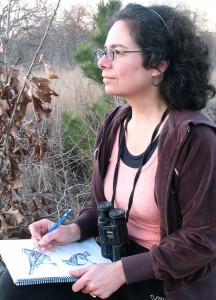 Debby Kaspari is a dedicated field artist, using her signature gesture drawings, field notes and camera to accentuate the rhythms and movements of her animal, plant and landscape subjects. Her work has won many awards and is widely exhibited, including covers of Bird Watchers Digest. Debby is a recent Harvard Forest Artist-in-Residence, and the recipient of the Don and Virginia Eckelberry Fellowship. Her work has been juried into Birds in Art, Art and the Animal and Art of the Animal Kingdom, among other national and international wildlife art shows. Through her artwork and writing, Debby shares her love of nature and birds.  Debby lives in Norman, Oklahoma. See her award-winning blog, Drawing the Motmot, at drawingthemotmot.wordpress.com 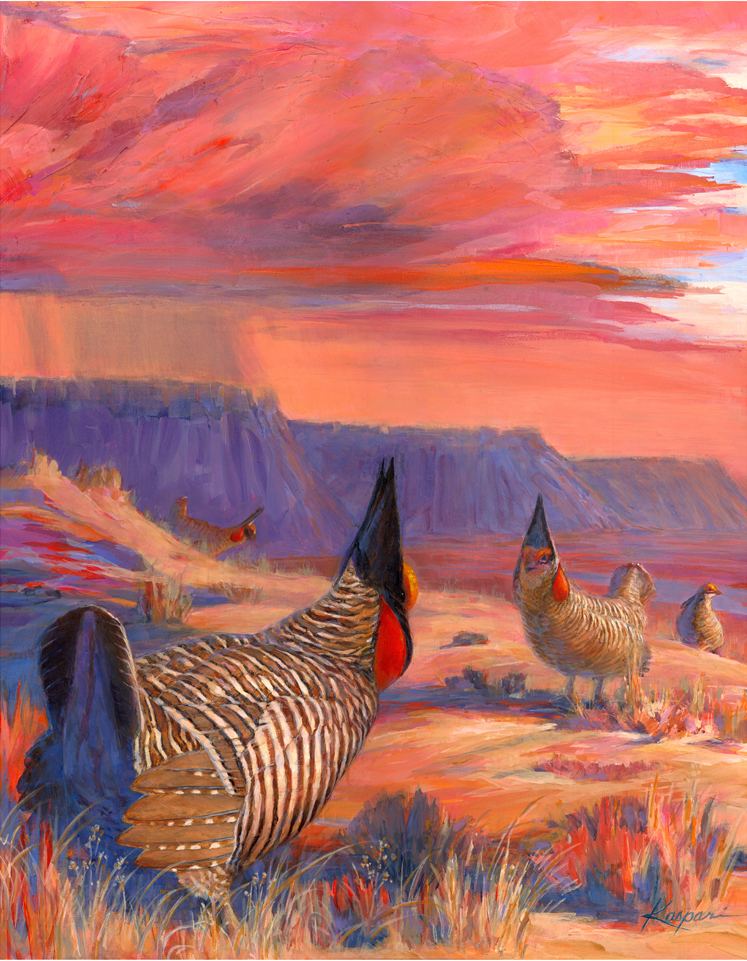